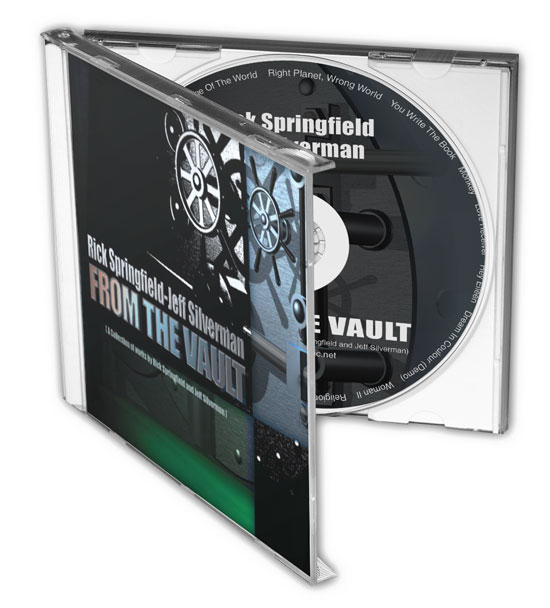 “From the Vault” is a collection of songs that Rick Springfield and Jeff Silverman co-produced, performed on and co-wrote during the 1980s and 1990s. Jeff mixed and mastered the original recordings and digitally re-mastered this album for release on Frontiers Records in 2010.

I had the privilege of designing the 12 page booklet which features credits for the album as well as the lyrics. The challenge in the design for the CD booklet was that the record label wanted to have not only photos, but the lyrics for all 13 songs. Two pages of the booklet were already “taken” by the front and back covers, and the inside cover page listed the credits. This left me only 9 pages for the lyrics and photos. Another challenge was that there were not many photos and the ones supplied were not very good quality. This was turning into a much larger project than I had anticipated.

I had found a stock image for a vault which Jeff and Rick both liked. But, this image was generic and flat looking and I really wanted this project to showcase not only the music, but also the design.

I was very fortunate to have met an amazing graphic designer when Jeff and I lived in California. I decided to send him the vault image and see if he might have any suggestions. He was so excited when he heard about the project that he offered to collaborate with me on the cover concept. This gave me not only the opportunity to have a fresh approach on the cover, but also the time to create the inside pages for the booklet.

The end result was a CD package that the record label was pleased with and Rick and Jeff also felt that this represented their vision as the artists.

Click to view the full “From The Vault” booklet PDF! 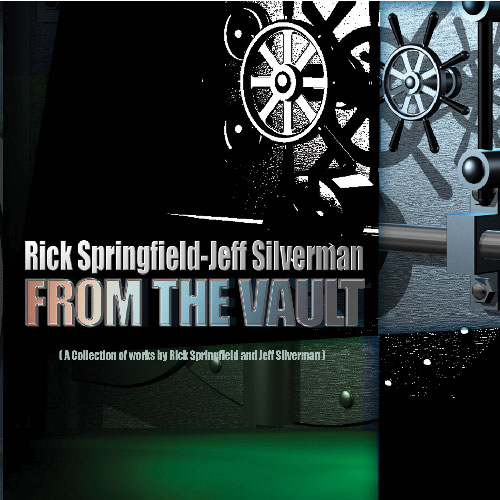 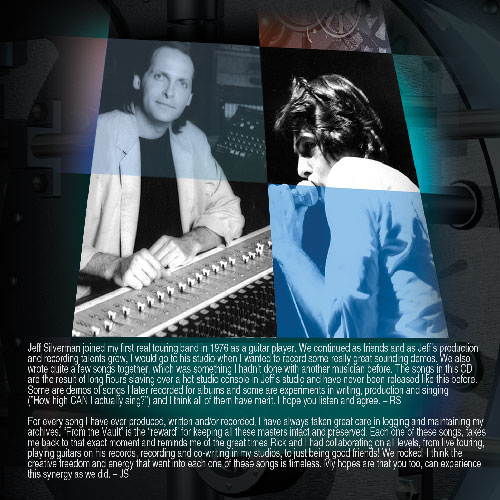 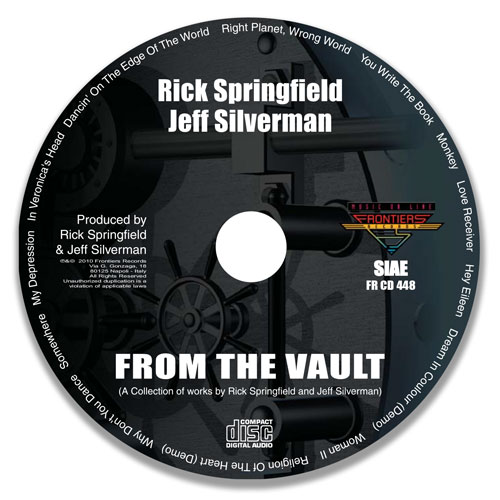